On this day, 30 years ago, Richard Varha High School was founded under the name “Samkelekile Senior Secondary School” under the principalship of the late Mr W.M. Besman “Tshangisa!!!”

At the time the school was housed in the buildings of Kwasa Primary School. The school was founded as a “back-to-school” campaign.

Soon after, the name Richard Varha was adopted after the late struggle icon.

The school then moved into its new premises in 1993 which it currently occupies up to today.

The principal, Mr Besman, passed away in June 2003 and the reins were held by Acting Principal Mrs E.D. Magengenene until the end of 2003. Mr M.P. Myeki was then appointed as principal of Richard Varha from 2003 to 2006. Mr Myeki was pivotal in the drafting of the mission and vision of the school before taking up a higher post in the Education Department.

In 2007 Mr Myeki was succeeded by Mr Z.H. Sinuka “Dlamin’ omde”. Under Mr Sinuka, it became evident that the school was outgrowing its curriculum and there was a great demand for the expansion of Richard Varha’s curriculum. This resulted in the building of a new technical wing in 2012 which started operating to accommodate the introduction of Electrical Technology, Mechanical Technology, Civil Technology and Engineering Graphics and Design to the curriculum of the school. 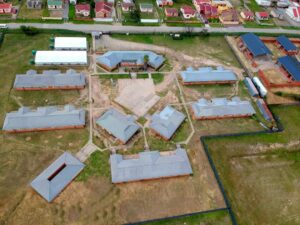